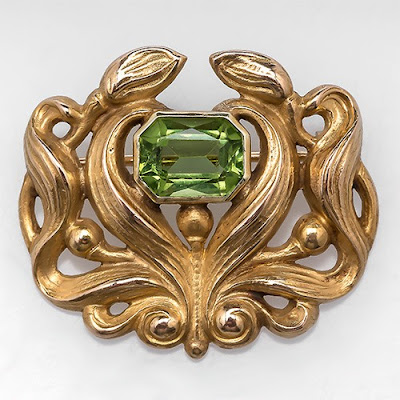 From the days of the ancients to the present, Zabargad Island has been heavily protected. Today it's surrounded by one of the most extensive inland ocean coral reefs in the world, providing shelter for post-nesting Green Turtles (Chelonia mydas). It has been an ecological protectorate since 1986, incorporated then as part of the vast holdings of the Elba National Park of Egypt.

Visitors to the island can take classes on snorkeling or diving, and can also take day boat tours of the other 21 islands populating the extensive park system. There are resort hotels and diving outfits located on the island.

This is a far cry from what Zabargad once was. Previously known as the Island of Serpents, then the Island of the Dead, this triangular island, measuring 2.5 square miles, was once known for its inhospitable landscape. Very little grows naturally on the island, and fresh water was scarce until modern advances allowed for water transport to the island.

For hundreds of years, Zabargad was inhabited by serpents, reptiles, and soldiers. The first sentries were stationed there by the ancient Egyptian pharaohs. Later, Greek rulers stationed armed guards on the island. Centuries later, in 1906, it was guarded carefully by the Khedive (Turkish viceroy in Egypt).{1} In 1922, the island was ceded to the Red Sea Mining Company, and in 1958, the island was nationalized by Egyptian President Nasser.{2}

Just what was so important that for hundreds and hundreds of years the uninhabitable island was manned by soldiers, whose orders were to kill on sight anyone who approached the island without proper permission, and whose only source of food and water came by boats that could not stay over night?{3}

It turns out that Zabargad Island was for hundreds of years the sole source of gemstone-quality peridot. To the Ancient Egyptians, peridot was as important as diamonds, emeralds, rubies, and sapphires. Green specimens, large and small, of this silicate of magnesia and iron were used to decorate massive thrones and religious reliquaries.{4}

Pliny the Elder (25BC - 23AD) wrote of the first discoveries of peridot on the island. According to his account a boatload of Troglodyte pirates landed ashore sometime before 340 BC. Facing famine, they began scavenging for herbs and roots to eat.{5} Beneath the dirt, they discovered the first raw pebbles of the mysterious green gemstones. At that time, the island was known as Cytis Island.

When the pharaohs ruled the island, it was infested with snakes and lizards. Though dealing with reptiles was a small price to pay in order to set up mining facilities on site, it did acquire the name Island of the Dead. This may have been connected not just to the presence of serpents, but also to the lack of natural resources and the orders to kill on site any who were not given permission from the rulers to approach the island.

The island was later inhabited by the Alexandrian kings. Though the land remained inhospitable and kill orders were still in effect, they renamed the island Isle of the Serpents. Eventually, the Greeks successfully eradicated the reptilian population of the island.{6} The Isle of Serpents became the Island of Topazios, where mining continued, though frequently changing ownership between the Greeks, the Egyptians, and the Turks.

The Coptic Christians, who came along between 400 and 800 AD, called the island St. John's Island, a name that seems to continue to cling to the island for no other reason than written history.{8} Today it is officially called Zabargad Island. No longer are peridot mining operations in effect, nor is hunting of peridot encouraged on the island.

Modern sources for peridot include Pakistan, Burma, Ethiopia, China, Arizona, and a few other places in the Middle East. These peridot tend more toward the yellowish hues of green. The peridot of Zabargad, owing to its trace nickel content, is uniquely emerald in color. As you can see, the history of Zabargad peridot makes it well worth your while to track down antique jewels featuring the sparkling stones which "glimmer like damp moss in the evening sunlight."{9}

Posted by Angela Magnotti Andrews at 10:07 AM