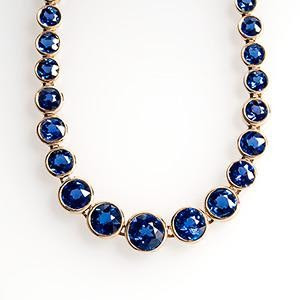 Rare and beautiful, Montana's Yogo sapphires are among the world's most valuable sapphires. Deep cornflower blue with even color and rich saturation, these beautiful gemstones are found in only one location in the world, Yogo Gulch, located in the Judith River basin in north central Montana.

Although these blue beauties were first discovered by gold miners in 1878, in the silt deposits along Yogo Creek, these miners had only one thing on their list to collect, and it wasn't blue {4}. Tossed aside, these pebbles continued to collect on the sand bars of the small river, largely unnoticed until the 1890s.

In about 1894, Jake Hoover, a well-known Montana frontiersman and adventurer, staked a claim along Yogo Creek to hunt for gold. He and his partners, Simon Hobson and Jim Bouvet, spent $40,000 to begin a bona fide gold mining outfit in the region {1}. It took them one year to collect 40 ounces of gold, which when split three ways netted each of them $233. Things were not off to a good start for the trio.

However, by a stroke of genius, one of the men filled a cigar box with the tiny blue pebbles which appeared more common than gold in the alluvial deposits. What may have started as pure fascination turned into profits swiftly after this man sent his box of rocks to an assayer. Most accounts credit Jake Hoover with the collection; however, this is in dispute, as you will soon see.

The assayer sent the box of stones to New York, where Tiffany & Co.'s gemstone expert, George Frederick Kunz, examined them. In an article written in 1897 for The American Journal of Science, Mr. Kunz credits the discovery of these stones to Mr. Hoover's partner, Simon Hobson, writing, "Mr. S. S. Hobson, of Great Falls, Montana, the original discoverer of the gems at Yogo Gulch, states that at that point there are two veins (dikes?) containing sapphires, which have been traced for a distance of seventy-five hundred to eight thousand feet in an east-and-west course..." {Kunz, p. 418}.

Going on, Mr. Kunz highlights the distinction between Yogo sapphires and other Montana Sapphires, calling specific attention to the unique shape of the crystals (rhombohedron x), as well as striations unique to this particular variety. These discoveries were of import because the same geological conditions appeared to have produced very distinctive results in different parts of the state. This was of great geological interest at the time. Mr. Kunz noted that the sapphires found in Yogo Gulch showed the greatest promise for being of worth to the gemstone industry. While Montana sapphires are found in a variety of colors, it was these cornflower blue stones, reminiscent of the highly sought-after Ceylon sapphires, which stood the greatest chance of capturing a share of the gemstone market. Whether before or after this article came out, Tiffany & Co., under the advisement of Mr. Kunz, sent a check to the Montana miners, motivating them to abandon their efforts to find gold and set their sights on discovering the mother lode for what Mr. Kunz deemed "the finest precious gemstones ever found in the United States" {1}.

In 1900, Tiffany & Co. exhibited two remarkable brooches at the Exposition Universelle in Paris, France. Both featured American freshwater pearls and Montana sapphires from the Yogo Gulch. An accompanying brochure published by Tiffany & Co. reported that George Kunz deserved full credit for bringing Yogo sapphires center stage {3}. Tiffany & Co.'s manufacturing ledger, dated November 29, 1899, listed $2,500 as the retail price for one of these brooches and a price tag of $900 for the other one {3}.

It is clear why the jewelry firm paid such a hefty price for the stones. With returns like that, Tiffany & Co. stood to make a pretty penny on these matchless Montana sapphires. Yogo sapphires remain among the most precious blue sapphires on the market. Their true-blue color is only part of their appeal. Yogo rough is generally small and flat, rendering cut stones greater than 0.5 carats of premium value to collectors and jewelers.

Also, although there are large veins of Yogo sapphire rough beneath the dikes, mining for the unique sapphires presents numerous difficulties. Currently, no one is actively mining for the stones. Truly, this stunning necklace and bracelet set, featuring 108 dark violet-blue Yogo sapphires, is as rare and beautiful a find as a large Yogo sapphire would be today.

Posted by EraGem Estate Jewelry at 12:49 PM No comments: 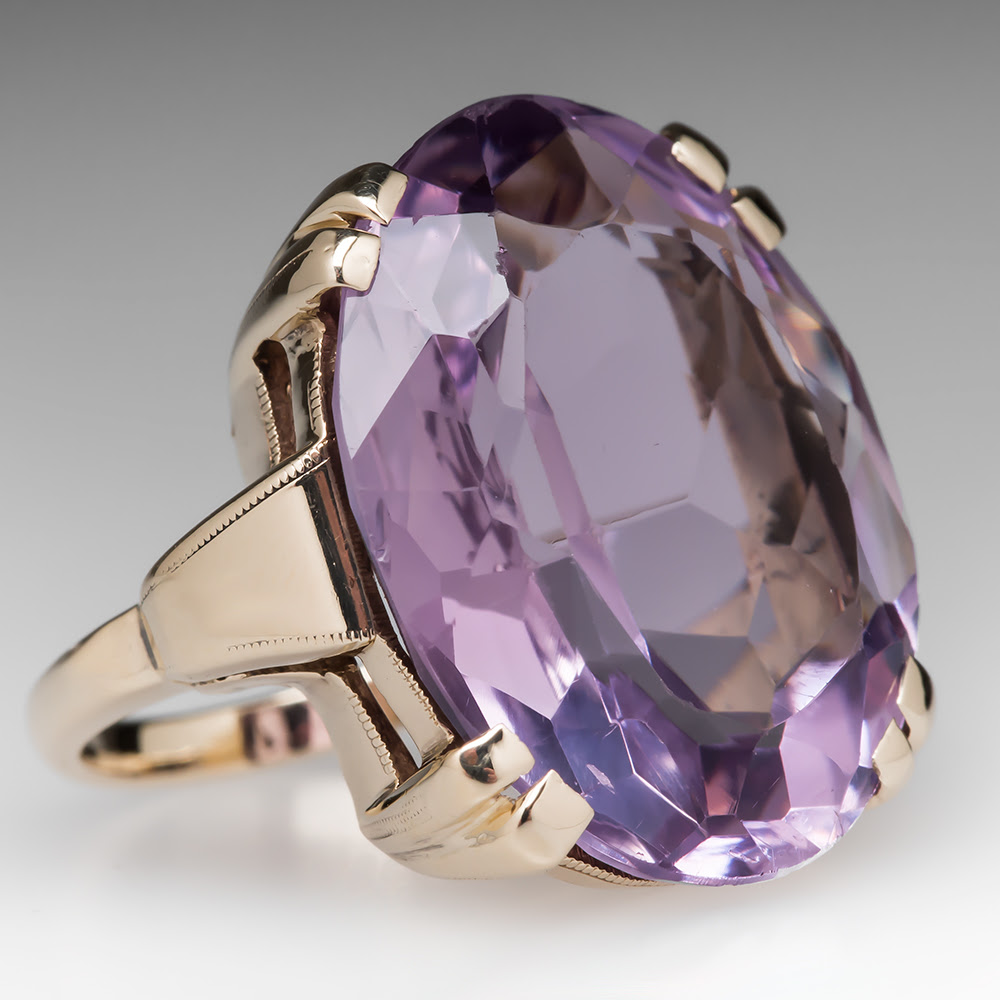 by Angela Magnotti Andrews Today we celebrate what has become known as the Lovers' Holiday. This day, marked primarily by red and pink hearts, is actually historically symbolized by the purple crystal amethyst and the death of a saint. St. Valentine of Terni was beheaded on this day in the late 3rd century. Most of what is known about St. Valentine is lore, as little was recorded about his life and habits. His legendary claim to fame was his aide to the Christians at a time when Christian service was considered an act of treason by the Roman Empire. Among the services he was said to perform for these persecuted Christians was to perform marriage rites for them. According to the custom of Bishops of that time, Valentine reportedly wore an amethyst intaglio ring inscribed with the likeness of Cupid. It is said that this ring also captured the attention of Roman soldiers, who asked him to perform marriage rites for them, as well. This was also a crime against the Empire. 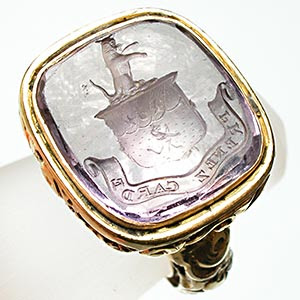 Reportedly imprisoned for these infractions, he was placed under house arrest, at which time he engaged his jailer in a discussion about Jesus. Word of his claims reached the Judge, who told him that if the bishop would heal his blind daughter he would be granted whatever he desired. The judge's daughter received her sight, and good to his word, he arranged for the requested release of all his Christian captives. St. Valentine's continued service to the gospel of Christ landed him in jail once again. This time he was taken before the Emperor Claudius. Though Claudius is said to have enjoyed his company, Valentine overstepped his bounds when he attempted to lead the Roman ruler to Christ. His execution was decreed, and he was beaten with clubs and then beheaded.


After his death, the Church instituted the Feast of Saint Valentine, which they celebrate in July. The connection between St. Valentine and the holiday of lovers seems to emerge in the 14th century, alluded to in the works of Geoffrey Chaucer and Otto de Granson. It is difficult to tell, without more research, whether it was St. Valentine's custom of marrying young folks or whether it was his fondness for the amethyst jewelry, which became known in the Middle Ages as the stone of earthly happiness, that linked St. Valentine with lovers. Either way, his holiday is now the most celebrated for romance. Incidentally, according to Medieval custom, when a lady presented an amethyst heart set in silver to her knight or her husband, it was believed to ensure good fortune and the greatest possible happiness for the couple {cited}.
Posted by EraGem Estate Jewelry at 2:27 PM No comments: