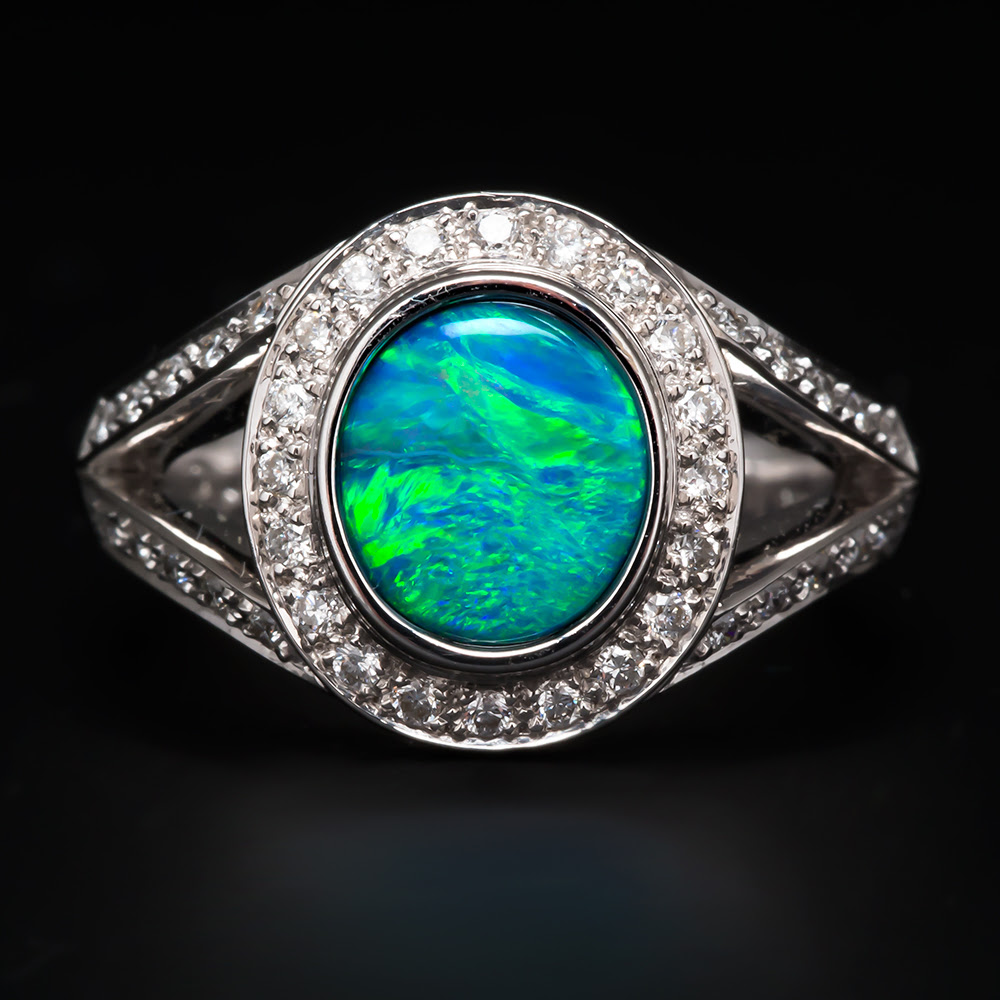 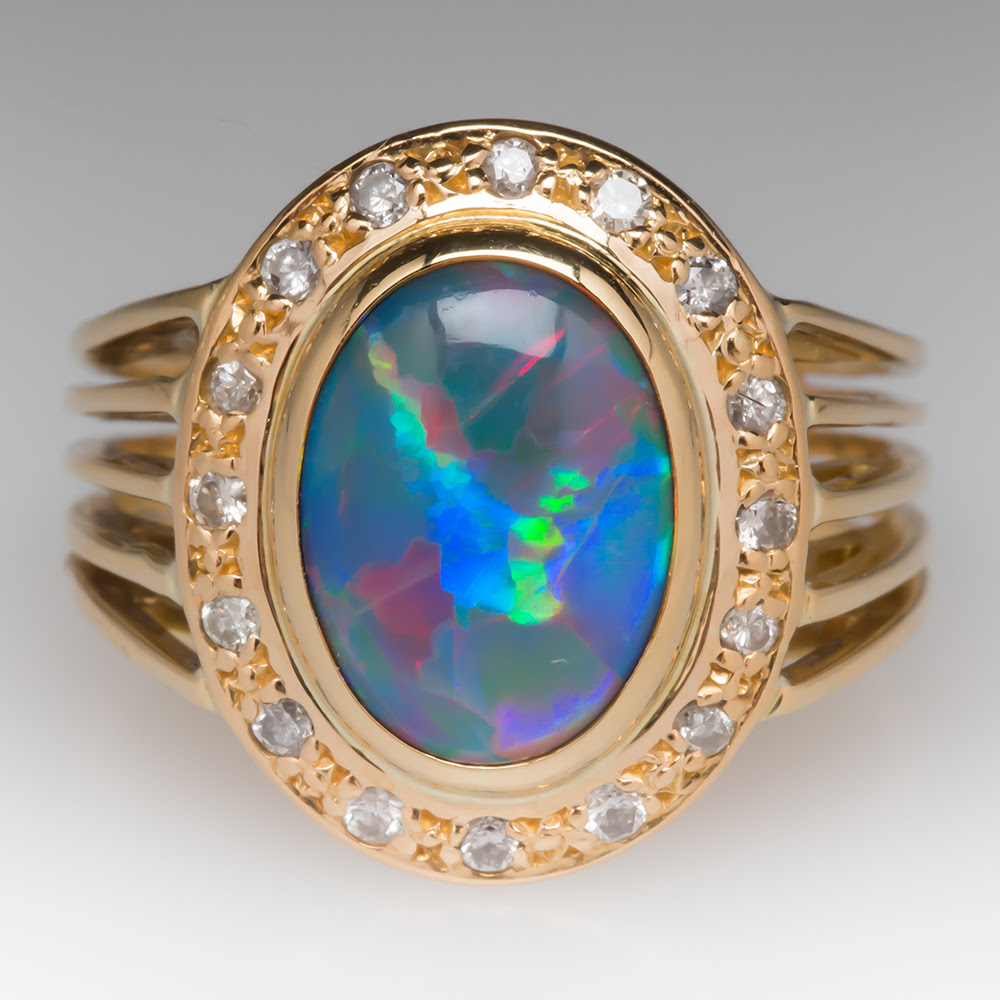 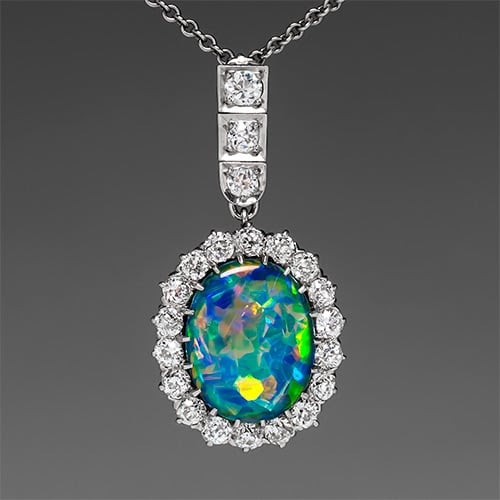 "The Empress Josephine's opal, called the Burning of Troy, from the innumerable red flames blazing on its surface, was considered to be the finest stone of modern times, but its present owner is unknown." ~Excerpt from The British Quarterly Review, 1878.
"In the Museum of Vienna is an opal of extraordinary size and beauty, for which Lira 50,000 has been refused." ~The next sentence in The British Quarterly Review, 1878.
"The largest opal in the world reposes in the Imperial Cabinet in Vienna. It is uncut, of 3,000 carats, and was found in the Czerwenitza Mines of Hungary, where the finest opals come from." ~Excerpt from The Mentor, 1917
"The Empress Eugenie was one of those who had a dread of the opals' evil influence. Perhaps she connected with it the ill-fate of another Bonaparte Empress, Josephine, who owned the most wonderful opal of her time. So brilliant were its fires that it was called The Burning of Troy." ~Excerpt from the same article in The Mentor, 1917, two paragraphs later.
Both accounts represent topical discussions of opals in general, and both reference the opal on display in Vienna and The Burning of Troy opal as if they are completely separate. Note that the one writer refers to the opal on display in Vienna as a 3,000-carat opal, whereas the Burning of Troy is (fairly) well documented as (at least believed to be) a 700-carat stone. Note also that the the dates line up sufficiently to draw a reasonable conclusion that the two stones might be the same stone, though there is a huge discrepancy in the size of the stones in question. So far, this researcher has been unable to discern whether these stones truly are one and the same, or whether a writer (or more than one writer) made a huge leap and merged two opals into one; something which is so easy to do when piecing together fragments of history to make a whole. Own a piece of fine opal jewelry and start your own legend. *Some accounts claim 50,000 lira were offered. It is hard to know which is the correct amount.
Posted by EraGem Estate Jewelry at 1:09 PM No comments: 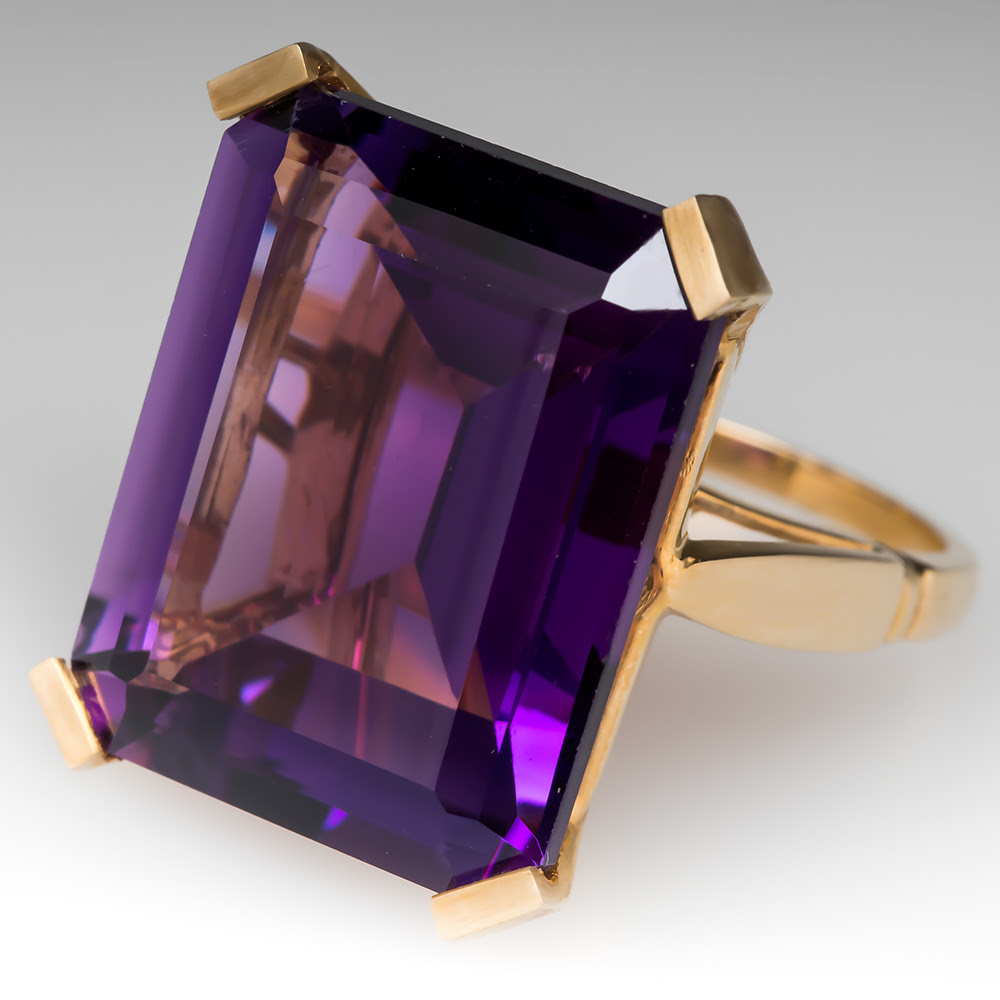 Amethysts are a variation of quartz crystal, chemical name silicon dioxide (SiO2). Though the earth is home to an ample supply of quartz in various colors, amethysts remain one of the most prized in the family and Amethyst Jewelry is a staple in most collections. In Firefly Guide to Gems, Cally Oldershaw affirms that amethyst “sets the standard for all other purple gemstones.” 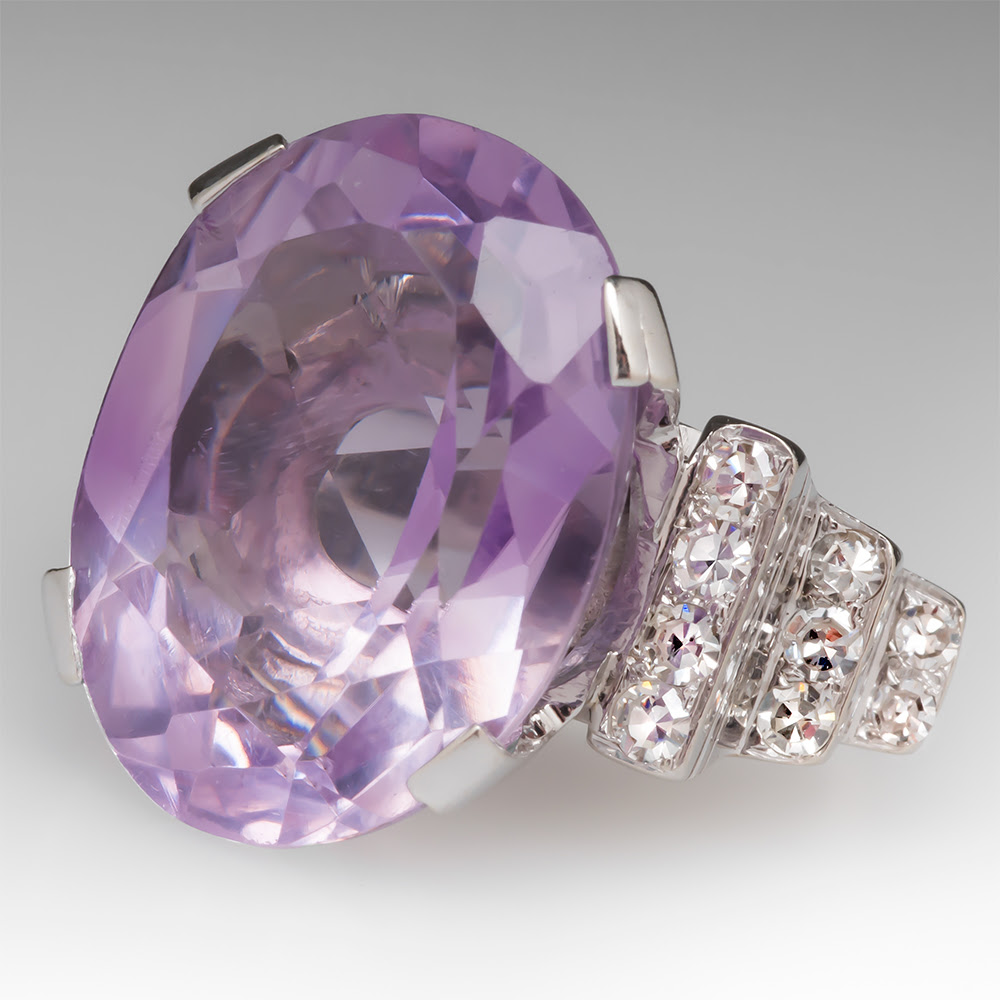 As with all quartz, amethyst finds its origins in the oozing liquid roiling at the center of the earth. Unlike other precious gemstones, quartz does not require a great amount of heat or pressure to form. In fact, it comes forth during the rising and cooling process of magma, when the resulting alluvial flows fill veins and gas cavities nearer to the surface of the earth. These highly pressurized hydrothermal solutions consist mostly of extremely hot water mixed with sulfides, silica, and other minerals. 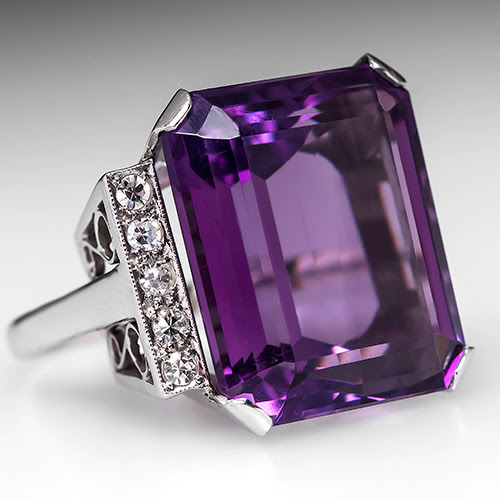 Anytime silica combines with oxygen, silicon dioxide forms. The abundance of both silica and oxygen in these hydrothermal solutions explains why quartz is so abundant in the earth and why it is found in all types of rocks. When the siliceous brews includes uranium, the resulting purple crystals are what geologists call amethyst. 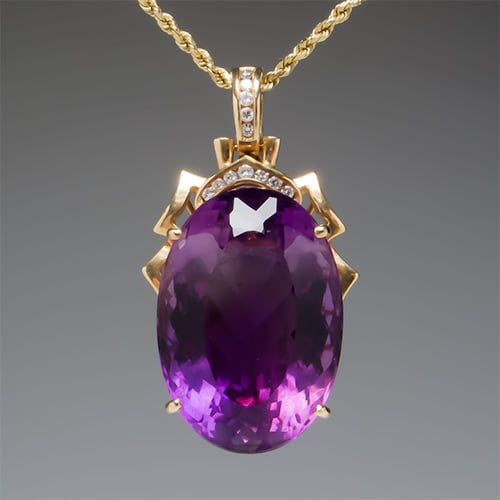 In its soluble form, silicon dioxide either flows swiftly into a cavity or drips slowly layer upon layer atop itself. If the flow of this aqueous liquid surges into cavities or veins, the quartz hardens and form as druse. Amethyst is most often found in geodes or veins in this druse form. However, if it drips slowly into layers, amethyst will grow hexagonally from its base, forming the crystal stalactites jewelers and collectors covet.